Practitioners at our Wausau Location

Darrell Cook, BOCPO, ABC CO, RTO obtained his Orthotic and Prosthetic technician certificates at Century College in Minnesota. He began as a technician in the late 1990 and started seeing patients as a fitter. Later he received his certification as a practitioner in orthotics and prosthetics. Darrell is certified in fitting the C-Leg, the Proprio foot and Iceross casting technique for both transfemoral and transtibial amputees. He has many yrs. of fitting experience and is passionate at his career and making his patients comfortable and mobile. Darrell also received certification in cranial remolding helmets. Darrell is an avid outdoorsman who enjoys running, adventure racing, hunting, and has a hobby of tapping and producing Maple syrup, tapping 5000 trees. He also enjoys spending time with his son Parker and coaching him in sports.

Joe Domini is an American Board Certified Prosthetist/Orthotist and is originally from the Madison area. He attended college at the University of Wisconsin Whitewater majoring in business administration with a minor in health services. After undergraduate school he continued his education at Century College in White Bear Lake, Minnesota where he graduated from the Orthotic & Prosthetic technician and practitioner programs. Upon graduation, he earned a position in Tucson, Arizona and completed his residency in Orthotics & Prosthetics. Shortly after he became a certified practitioner. During his tenure in Tucson, he was exposed to many different facets of orthotic and prosthetic care, including pediatrics, geriatrics, sports medicine, traumatic events, neuromuscular deficiencies and stroke patients. Joe worked in Arizona for three and a half years and eventually moved back to Wisconsin. Joe is very passionate about his career and always strives to listens to the patient’s primary needs and provide them with the most clinically appropriate orthopedic appliance. Joe has been with Walkabout since 2012. In his spare time Joe enjoys fishing, hunting, traveling and of course…..the Green Bay Packers

Bob completed his formal training in 1989 from Century College Orthotics & Prosthetic Technician and Practitioner programs. He earned a BA in Human Services from Metropolitan State University and completed residencies at Gillette Children’s Hospital and University of Oklahoma Hospital and Clinics. Bob has completed certifications in the C-Leg, Harmony Socket System, Cranial Remolding Orthosis and WalkAide Functional Electrical Stimulation. He enjoys working with people of all ages and engaging them and their support network to help develop the best treatment options for their specific needs. During his free time, Bob likes to spend time with family and friends. He enjoys a variety of outdoor activities including dog training, hunting and camping.

Robin is from northwestern Wisconsin and joined the Walkabout team in 2016. She became certified in Orthotic Fitting and Pedorthics in 2017 through Francis Tuttle Technology Center. She also holds her PTA degree after graduating from CVTC in 2012. Robin loves God, country, gardening, camping, fishing and spending time with family and friends. 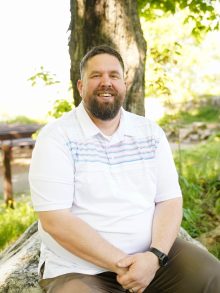 Josh Satre is an ABC certified Orthotist/Prosthetist and is originally from Minnesota. He graduated from the University of Minnesota Duluth with his bachelor's degree. After finishing his undergraduate degree Josh worked in the sales and construction industries. He continued his education at Century College and Concordia University and earned his Orthotic and Prosthetic certificates as well as his Master of Science in Orthotics and Prosthetics. After finishing his master's, Josh moved his family to the great state of Wisconsin for residency at Walkabout Orthotics and Prosthetics. Josh is married to Megan, and they have 3 children. Josh enjoys spending time with family and friends and owns more Green Bay Packer paraphernalia than he ever thought possible.

Jake is an ABC Certified Orthotist/Prosthetist who grew up in Southeast Minnesota. He obtained his bachelors degree from Winona State University in Exercise Science while working as a technician at an Orthotic and Prosthetic facility in Rochester. Jake received his Orthotic and Prosthetic Certificates from Century College and furthered his education with a masters degree from Concordia University of St. Paul. He is new to the central Wisconsin area, as him, his girlfriend Kali, and Goldendoodle Finn just moved to the area in the beginning of 2022. He enjoys his time camping and fishing the surrounding waters for anything and everything, and spends his falls in the woods and waters hunting. He is a die hard Vikings fan, which is a never ending battle in this area, but he holds strong.

Kali is a certified Prosthetic Assistant currently enrolled in the Graduate Program for Orthotics and Prosthetics at Concordia University of Saint Paul. Kali also received her undergraduate degree in Orthotics and Prosthetics with a kinesiology minor at Concordia. She has worked in the field since 2017 starting off as a technician and has transitioned into an assistant role in 2021 after taking her board exam. In her free time Kali enjoys traveling, hiking, playing volleyball, and spending time with her family, friends and goldendoodle.

Emily is an ABC Certified Orthotist/Prosthetist who hails from the Midwest. She graduated with a Master of Science from Eastern Michigan University in 2019 after more than a decade of clinical experience in the field. Emily first received her training in a Level I Trauma setting while obtaining her undergraduate degree at the University of Wisconsin, Madison, where she studied biological anthropology. Emily has since completed her prosthetic residency at the University of Michigan and her orthotic residency here at Walkabout. Emily’s published research includes prosthetist perspectives on adjustable-volume prosthetic sockets, efficacy of scoliosis TLSOs, and an anthropological analysis of the O&P student. In her spare time Emily enjoys spending time with her son reading, doing science experiments, and making endless art projects together. Emily is an avid gamer (both tabletop and video) and a subpar sportswoman and outdoorswoman. 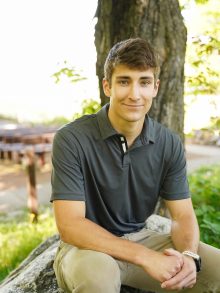 Jace is originally from the Upper Peninsula of Michigan, but is excited about what the Central Wisconsin area has to offer. Jace began his Orthotic and Prosthetic residency with Walkabout in June of 2022. Jace earned his Master’s of Science in Orthotics and Prosthetics from Eastern Michigan University in May of 2022. During his time at EMU Jace presented at the American Academy of Orthotists and Prosthetists Scientific Symposium (AAOP) in 2021, presented at the EMU Graduate Research Conference in 2022, and had his graduate capstone project on “Practitioners Perspectives on Patient Education in Orthotics and Prosthetics” published on O&P Edge’s website in 2022. Jace earned his Bachelor’s of Science in Sports Science from Northern Michigan University in May of 2020. Jace’s first experience in the field began in the spring of 2019 when he began shadowing with an orthotic and prosthetic clinic in Marquette, MI. He is extremely eager to develop his skills and knowledge so he can provide high quality care to our patients. In his free time Jace enjoys the outdoors whether it is mountain biking, camping, playing sports, fishing, or going on hikes with his fiancé and their dog.

Practitioners at Our Marshfield Location 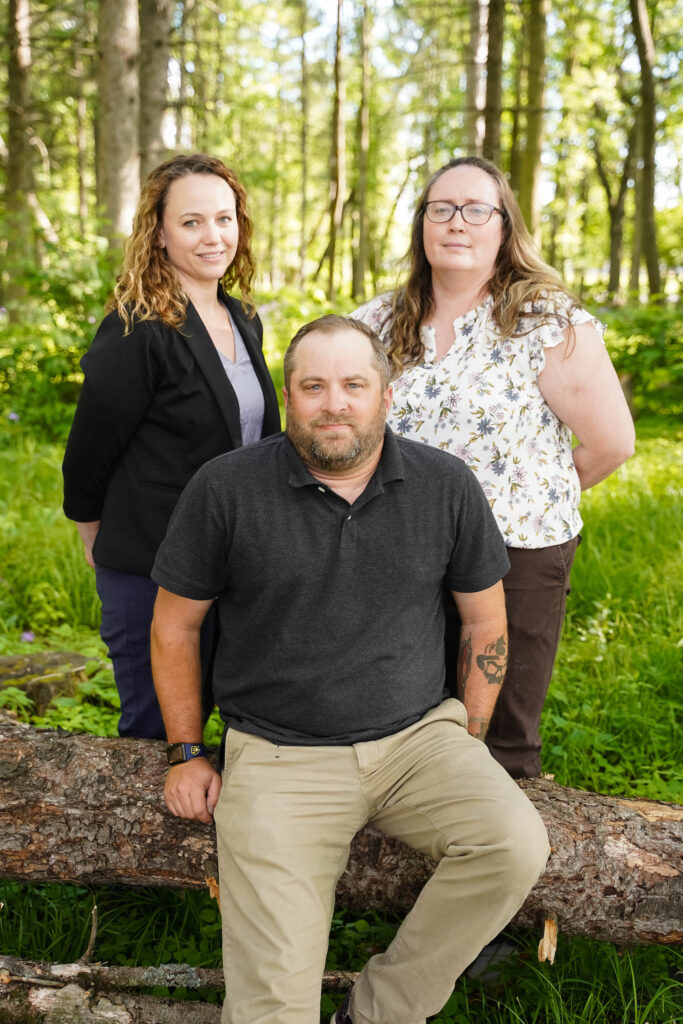 Kelli Wolff is an ABC certified Orthotics and Prosthetist and is originally from Illinois. She graduated at the University of Wisconsin Eau Claire with her Bachelor of Science in Kinesiology. She continued her education at Century College and University of Hartford and achieved her Orthotic and Prosthetic certificates. She completed her residency in the Twin Cities and Milwaukee. After working with the Children’s Hospital of Wisconsin in Milwaukee for 5 years she developed a deep passion for working with children. Kelli joined the Walkabout team in 2018 where she continues to provide individual care and compassion to the patient’s that she treats. Kelli enjoys hiking and spending time with her husband, children, and dog.

ABC certified Prosthetic/Orthotic Assistant (CPOA) , certified technician Prosthetic/Orthotics (CTPO). In January 1999 I started working in the Orthotic and Prosthetic industry as a Tech in a company called Morfey’s Limbs and Braces, Wauwatosa WI. I also worked with Brace Masters LLC in the central fabrication O&P industry which enhanced my quality of fabrication, important details, and knowledge of different styles of devices. 2004 I started in patient care with Morfey’s. In 2006 I joined the Marshfield Clinic and moved out of Milwaukee. October 2018 I joint the Walkabout team. I work with all ages of patients from pediatric to geriatric with all different diagnosis. I work hand in hand with the requested physicians, NP’s, PA’s, and the physical/occupational therapists. I spend most of my free time on a softball field coaching, or being a fan. I also held the rank of a Captain on the Pittsville Fire Company for many years.

Our Technicians and Administrative Teams 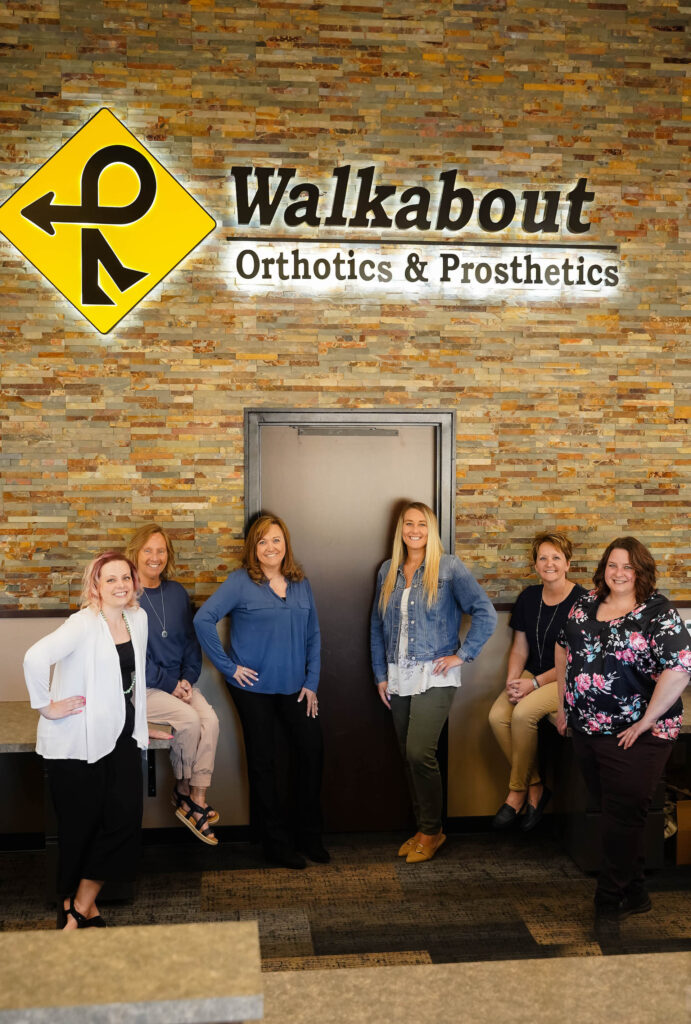 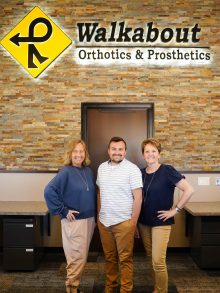